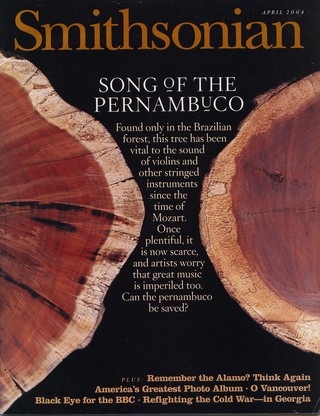 Bow makers--crafts people who make violin, viola, cello and bass bows, play an essential if unheralded role in the performance of classical music. Much of the music of the Romantic Era and later, the music of Beethoven, Brahms, Schubert and their musical heirs, cannot be performed without the modern bow. But top level bows can only be made of one known material, a wood that is increasingly rare from a tree that is imperiled. Facing the extinction of their craft and the end of classical music as we are used to hearing it, bow makers are abandoning their workshops in the capitals of Western culture and invading the forests of Brazil, the only place where the pernambuco tree grows, to mount an international rescue effort.

Rymer's description of the pernambuco crisis and the bow makers' efforts to solve it appeared as the cover story of the April 2004 issue of Smithsonian magazine. His book Out of Pernambuco will be published by Houghton Mifflin and Berlin-Verlag.